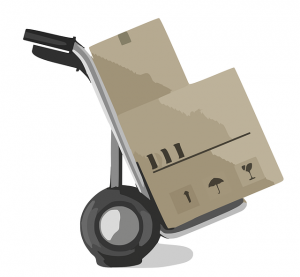 Downsizing has almost become a rite of passage for empty nesters. They reach a point in life where they realize they no longer need a big house capable of accommodating a family that has grown up and gone out into the world. But as common as downsizing might be, there are those who avoid it.

Downsizing makes complete sense for some people, yet they cannot bring themselves to actually do it. They know how much house cleaning and maintenance time they could take back, time that could be better spent doing other things. They know they can save money on utilities, property tax, and more.

So what’s the deal? Why would someone avoid downsizing if it makes so much sense? From our experience, there are three things in play here: fear, the work involved, and attachment to the family home.

The Fear of Downsizing

Fear of the unknown is a real thing. It can be a paralyzing thing, too. Moving into the unknown means exposing yourself to circumstances that may be out of your control. This sort of fear can keep people who would benefit from downsizing from doing so.

Imagine living in the same house for 30 years. You have got to know your neighbors. You know every inch of your street; so much so that you can instantly recognize when something seems out of order. You also know the fastest way to get to the grocery store and the best day of the week to go. Your doctor is close by, your place of worship is down the street, and your newspaper and mail are delivered to your door.

Now imagine leaving that all behind in favor of a new house in a completely new neighborhood. Making it work means starting over from scratch. What will you do? How will you keep your life in order when everything around you is new? It is understandable that you would be a bit fearful. Many in that situation actually are.

Even if you are fearless, there is no avoiding the fact that downsizing involves an awful lot of work. Much of the work surrounds sorting through possessions, packing up what is making the move, and then unpacking on the other end. That says nothing of loading and unloading the moving truck.

People old enough to downsize have probably moved a time or two in their lives. They have worked their jobs for decades to provide for their families. The last thing they want to do is put the work into downsizing. So they put it off until tomorrow. Yet tomorrow never comes.

We get that. Moving is hard work. That’s why My Divine Concierge assists singles, couples, and families. We help sort, pack, load, unload, and unpack. In other words, we can do as little or as much as you want. We can do the whole job for you if that is what you need.

Attachments to the Family Home

The final reason is probably the most difficult to overcome: an attachment to the family home. Our homes are filled with memories. They are the place where the kids celebrated birthdays, learned to ride bikes, and unwrapped Christmas presents. Our homes are a refuge from the world. They are a place to grow old together.

A home is so much more than a house. It is more than just living space. A house is something we tend to get emotionally attached to because of all the experiences involved in owning it and living there. And for many people, giving up the house they have lived in for decades is extremely difficult.

Downsizing is the best choice for some people who no longer have need of that large, family home. But due to fear, a lack of desire to do the work, and the difficulty of letting go, it might be just easier to avoid the whole downsizing thing altogether. We cannot say whether that’s right or wrong. However, we can help if downsizing is in your future. Give us a call and let us talk about it.