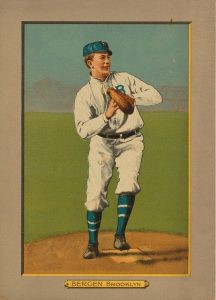 We have used previous blog posts to discuss some of the finer details of collectibles. As a concierge service that assists seniors with their downsizing efforts, My Divine Concierge has had plenty of opportunities to help clients make decisions regarding their collectibles. We have learned quite a bit about this fascinating topic over the years.

The most important lesson we have learned is that value is often in the eyes of the beholder. A person might spend a lifetime collecting a particular object without ever wondering about its economic value. It is not until downsizing becomes real that the monetary value of the collection is considered. Here is where things get tricky.

Collectibles are cyclical in terms of their value. Sometimes they are worth a lot, other times they are not. Price peaks tend to be followed by price drops, and vice versa. The take-away here is that the value of any collection rarely remains stable over many years. Prices rise and fall. And just because a collection is valuable to its owner doesn’t mean it has any value on the collectibles market.

Baseball Cards on a Saturated Market

The fickle nature of collecting is easily observed in baseball cards. Once thought to be one of the most valuable collectibles a person could invest in, baseball cards do not have nearly the same appeal today. There is a very good reason for this.

Prior to the early 1980s, baseball card distribution was mainly the purview of companies that made bubblegum packs for kids. Indeed, that’s how most kids started and built their collections. They would spend their money on bubblegum packs that gave them a few sticks of gum and a couple of trading cards. This form of distribution made card circulation fairly manageable.

The 1980s brought big changes. Manufacturers expanded beyond bubblegum packs to begin releasing new baseball cards as standalone consumer goods. Instead of getting four or five cards in a pack with a few sticks of gum, kids began purchasing their cards in packs that held dozens. Then wholesalers got in on the deal. They started buying cards by the thousands in hopes of being able to sell them to collectors.

What happened? The market became so saturated with new cards that across-the-board prices dropped. Today, pre-1970s cards still have quite a bit of value. The rarest among them are worth the most. Any cards printed in the 1980s or later are essentially worthless. There are just too many of them.

All of this is to say that a baseball card collection built over decades is likely worth more in its sentimental value than real dollars. Parting with such a collection when it comes time to downsize may not result in any significant monetary gain.

To satisfy our own curiosity, we did some research in hopes of finding out what constitutes the hottest collectibles right now. We looked at several sources, including the website of well-known antiques appraiser and TV personality Dr. Lori Verderame.

Verderame says that World War I memorabilia, Bakelite pins, and travel posters are three of the house collectibles for 2020. All three are nostalgic to some degree. World War I memorabilia is especially interesting because the war is now over 100 years in the past. Our memories of this tragic point in history are fading fast, making every piece of memorabilia that much more valuable.

Perhaps you have spent a lifetime collecting a particular kind of object that fascinates you. We think that’s great. Collectibles are good for the mind, heart, and soul. Just remember that the value of your collection is more about what it means to you and less about what someone is willing to pay for it. Knowing that may influence any decisions you have to make about your collection when it is time to downsize.