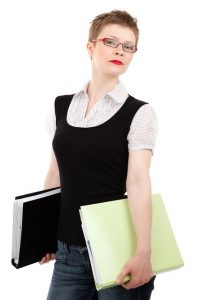 Have you ever wondered where concierge service came from; how our profession got its start? We have, which is why we recently did some research into the topic. We discovered quite a few interesting things as a result. At the top of the list is the fact that concierge is a centuries-old profession. Its origins are disputed, but we at least know that there were concierge providers as far back as the Middle Ages.

Any debate over the origins of concierge service are wrapped up in the definition and etymology of the word itself. Basically, there are two camps. The first asserts that the word ‘concierge’ is a contraction of the French ‘comte des cierges’, or ‘keeper of the candles’.

As the thinking goes, medieval castles were lit by candles. It was the job of the keeper of the candles, the concierge, to make sure every room in the castle had adequate lighting. This required that the concierge have full and unfettered access. He was given keys to every room for that purpose.

The other camp relies on the actual etymology of the word. According to the Merriam-Webster online dictionary, etymology dictates that ‘concierge’ comes from the Latin ‘conservius’, which means ‘fellow slave’. There is some historical evidence in support of this view.

Those who hold this view assert that concierges were household servants whose primary responsibility was hospitality. Whenever the lord of the manor had guests, the concierge was tasked with making sure that said guests were comfortable and that every need was met. He became a servant to the guest for as long as the guest was in the lord’s home.

The modern concierge we know today was born out of the tourist trade of the late 19th century. As trains and steamships encouraged people to travel, hotels began hiring concierge staff to look after their guests. By the early 20th century, concierge providers began banding together in trade groups for the purposes of setting standards of service and providing uniform training.

Today, there are three kinds of concierge providers. These are as follows:

Business Concierge – The business concierge is essentially a personal assistant. This is an individual who is tasked with handling all of the little details an executive doesn’t have time to get to. It can involve everything from arranging travel plans to running personal errands.

We are similar to other personal concierge providers in that we go above and beyond the little details. We also offer additional services like downsizing assistance and hoarding resolution. We clean homes for some clients, get others to and from medical appointments, and even help stage homes in advance of putting them on the market.

Now you know some of the history of the concierge. Ours is a profession that has been around for hundreds of years. It is an honorable profession, and one that My Divine Concierge is proud to be part of.