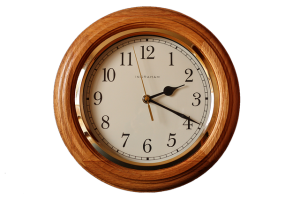 Did you know that the boards at New York’s Grand Central Station all post incorrect departure times? Yes, the boards have purposely been off for a long time now. There is a very good reason behind it, too. Departure times are full minute off in order to give passengers just a little bit of extra time if they are running late.

Such time manipulation is not a new concept. There are plenty of people who set their own clocks ahead by 5 or 10 minutes in hopes that doing so will prevent them from being late. Our question is this: does it really work? Some people swear by it while others say their minds eventually overcome the time difference and they go back to being late for everything.

Setting the clocks ahead in order to prevent being late has been dubbed ‘time hacking’ in certain circles. Whether you use that phrase or not, the one thing we can say is that time hacking is little more than psychological manipulation among people so focused on what the clock says that they give very little consideration to whether or not it is accurate.

If you are that obsessed with time, setting the clocks ahead probably does work. Making an appointment on time means you will always be early in reality. And if you are 10 minutes late, you will not be as late as you would have been had your clocks shown the correct time.

On the other hand, what if you are the kind of person who would look at a time-hacked clock and still recognize the back of your mind that the displayed time isn’t accurate? You might discover that the benefits of time hacking are only short-lived. You may just go back to your same habits a few days later.

Time Hacking with the Probabilistic Clock

There is a solution for people whose minds overcome the psychological manipulation of advancing clocks. It is called a probabilistic clock. This is a special kind of clock that you advance for whatever amount of time you deem necessary. Then the clock adjusts that amount of time arbitrarily. You cannot overcome the psychological manipulation because you never know how accurate the clock is.

At one point during the day it could be 10 minutes ahead. Three hours later it might only be 5 minutes ahead. You never know. That forces you to assume it is accurate so that you plan your time accordingly. Of course, this assumes that not knowing the real time isn’t enough to drive you crazy.

By now you might be wondering what any of this has to do with concierge services. Fair enough. The point here is to draw us back to the understanding that there are only 24 hours in a day. It doesn’t matter whether you leave your clock alone, advance it by 10 minutes, or take your chances on a probabilistic clock. You have the same amount of time to work with every hour of the day, all day long.

If you are having trouble managing your time, do not assume you have a clock problem. Your timepiece probably has nothing to do with it. Rather, poor time management is the result of things you most likely can control.

Maybe between your full-time job and running errands on the weekend, you don’t have a lot of time to spend with the family. Changing your clock is not going to solve that problem. Letting us run your errands for you will. We do the things you don’t have time for so that you have more time to devote to your family.

Does setting the clock ahead really work? Maybe for some, but not for most. Time management issues are best addressed by getting to the root causes.