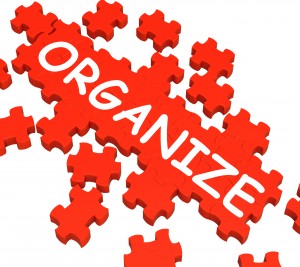 Few things are as disheartening to someone who has gone through a complete home reorganization than turning around six months later and seeing that the disorganization has returned. A person goes through all that work to organize, declutter, and regain a sense of normalcy only to lose it all a short time later. The question is, can anything be done to avoid such a letdown? Absolutely.

Everything in Its Place

How many times have you gone to retrieve something only to find that it is not in the place you expected it to be? One of the tell-tale signs of a terribly disorganized home is that nothing can be found in its intended place. Everything has a place; it is just that things are not returned to where they belong.

A good way to avoid this is for family members to decide among themselves to put everything in its proper place when not in use. To make this work though, family members have to hold one another accountable. If they see something out of place, they need to immediately put it away and then go speak to the person who left it where it didn’t belong.

Cluttered houses do not get cluttered overnight. Clutter is generally the result of gradually bringing new things into the house without disposing of old things. This leads us to the next decision to be addressed. Make the decision that you and your family will balance incoming and outgoing. Think of it like a budget. If you plan to bring anything new into the house, something old must go out to balance the equation. There will be exceptions to this rule, but keeping the balance more often than not will eliminate the risk of future clutter.

A similar decision along those same lines involves the six-month rule. What is the six-month rule? It stipulates that if there is something in your home you have not used for at least six months (seasonal items excepted) you probably don’t need that item. Get rid of it by donating it, passing it on to someone else, or throwing it away.

Cleanup Before Moving On

Making the decision to not clean up after completing a task leads to trouble. If you don’t agree, just step back and think about what happens when kids move from one group of toys to the next without cleaning up in between. Before you know it, you have toys scattered throughout the house, 90% of which are not being played with. Adults do the same thing. It just doesn’t involve toys with us.