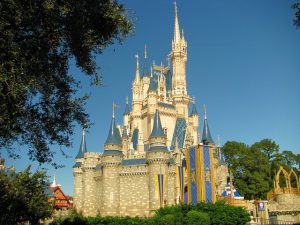 Anyone who has worked at Walt Disney World resort in central Florida is familiar with the now-famous question, “What time is the three o’clock parade?” According to the Disney Institute, the question is one heard daily in the Magic Kingdom. However, it is not a stupid question at all.

In this post, I will explain why the question is not stupid, how Disney trains its cast members to answer the question, and what we can learn from it as personal concierge service providers. What follows are important lessons to be learned from people asking questions with seemingly obvious answers.

Why the Question Is Not Stupid

The three o’clock parade question is not a stupid question for two reasons. First is the fact that the parade originates in Adventureland and concludes in the Town Square. It takes approximately 15 to 20 minutes for the parade to make the entire circuit. So, while it may start at three o’clock, people standing on Main Street, USA will not actually see it coming for 12 to 15 minutes after it starts.

The second reason the question is not stupid is because there are usually other questions behind it. People are so overwhelmed by all the sights and sounds of Magic Kingdom that their questions do not come out as they originally intended. As any Disney cast member could explain, asking the three o’clock parade question is actually asking about the best viewing places and the time to go secure those places.

How Cast Members Answer the Question

Disney cast members are taught to answer the question by looking beyond the obvious answer to figure out what guests really want to know. They are taught to use the question as an opportunity to engage guests in order to go beyond their expectations. Cast members can describe not only the best viewing locations, but also how guests should situate themselves at those locations. They can talk about handicap accessibility, how long it takes for the parade to pass by, and so on. They can even use the opportunity to inquire as to whether they can do anything else to make the guest’s day more pleasant.

Applying the Question to Concierge Services

It turns out that the three o’clock parade question is not exclusive to the Magic Kingdom. As personal concierge providers, we get some pretty interesting questions ourselves. The lesson for us is to do the same thing Disney cast members do: look beyond the question to try to figure out what’s really going on.

When a client needs help getting a small business organized, it is up to us to identify the primary causes of the disorganization and address them. Otherwise, the organized environment will return to chaos shortly after our job is done. The same is true for disorganized households.

When we are helping seniors downsize and they are having trouble sorting through their possessions, we need to step back and understand why this is so hard for them. A little understanding helps us better approach the sensitive topic of discarding personal items that hold decades of memories.

In short, the three o’clock parade question is a reminder to us that the services we provide go far deeper than what appears on the surface. The better we are at cultivating strong relationships with our clients, the better we will be at providing a service that meets or exceeds their expectations. That is our goal, just as it is Disney’s.

So you see, “what time is the three o’clock parade?” is not really a stupid question after all.